Dekle and Dekle Descendants of the U.S.A.
by Ansel Dekle III 1975 with Additions and Updates by Anne Dekle 1998

Below is the cover of the new book just published by Anne Dekle. This book is an absolute essential for all members of the Dekle family and their relatives as well as anyone interested in the history of one of the early pioneer families in the South. This three hundred page book is the most complete work on the Dekle family in existence and contains the genealogy of all known Dekles from John Leonard Dekle, the original immigrant in the mid 1700's, to the present. It contains the complete text of Ansel Dekle's book as originally published in 1975 as well as many additional pages of corrections, photographs, new family members and new information previously unavailable when the original book was published. Anne has devoted six years of her life to this book and has done the Dekle Family a great service through her efforts. This book is guaranteed to become a family treasure which will be passed down from generation to generation. 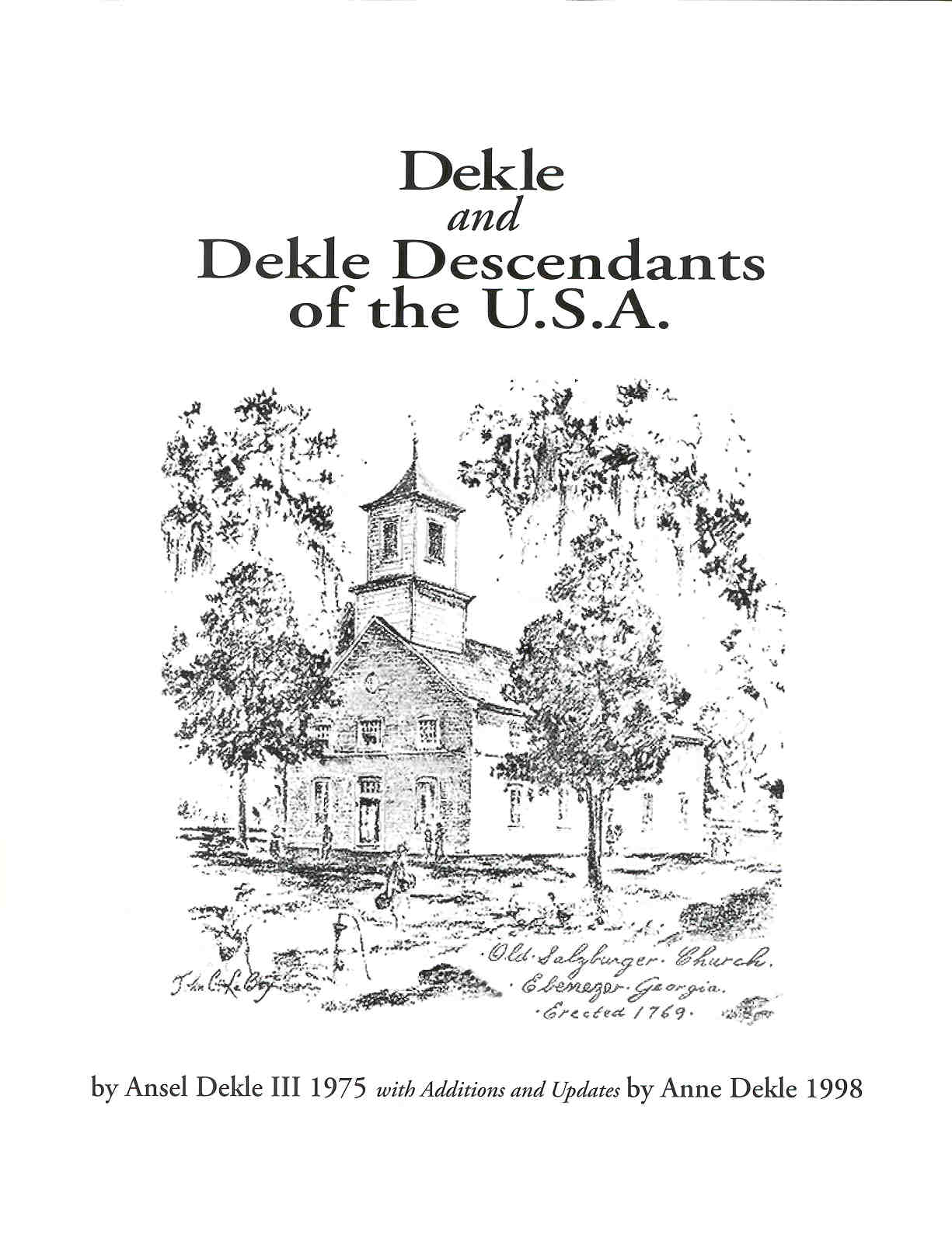